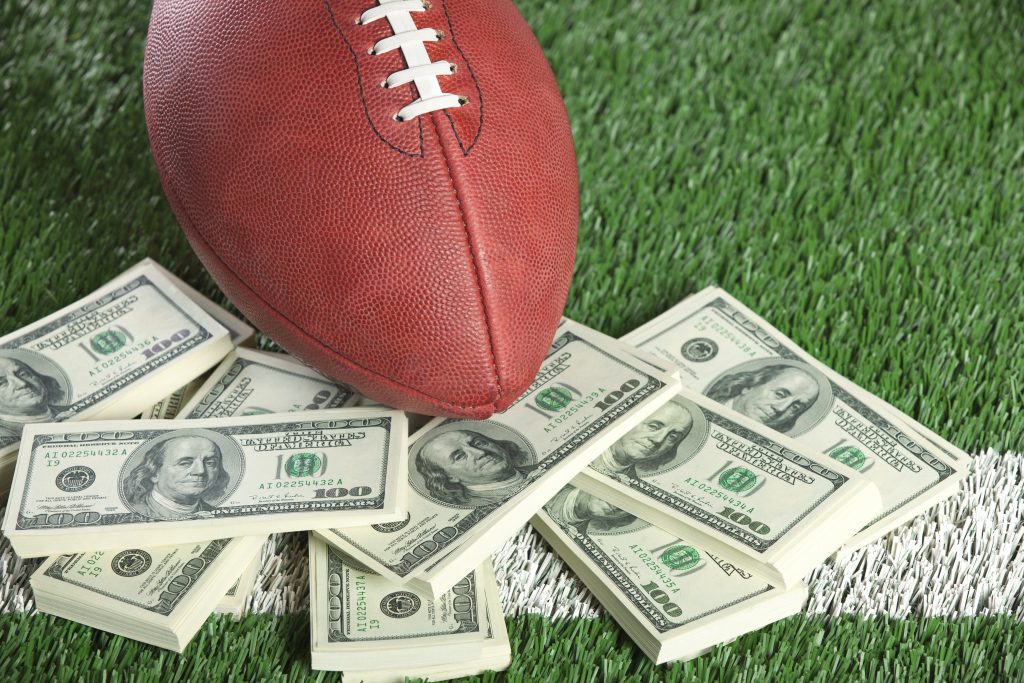 When the NFL season kicked off in September, after a somewhat tumultuous 2016-2017 NFL season in terms of ratings and player scandals, there was much discussion around how advertiser participation would stack up in the new 2017-2018 season.

Analysis of our September data, gives us an answer that question – advertisers have stuck around, but not many have joined the field. At least in terms of revenue volume.

In September 2017, compared to September 2016, advertising spend across games on television networks increased by +2% – from $504M to $513M. This reflects in-game advertising, and does not include any revenue from pre – or post-game shows. Across all televised NFL games, commercial load grew by +2%. Meaning if a viewer watched every nationally aired football game, they saw around 15 more minutes of commercials than in Sept. 2016. 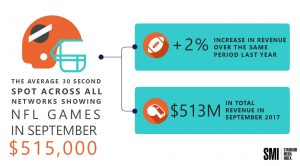 The last piece of the puzzle is looking at revenue by network to see how each NFL partner network, fits into the overall increase. As we do that, one thing we’d like to note, is that while there were the same number of nationally televised NFL football games, with a shuffle in schedules, some networks lost games in Sept. 2016 it had in Sept. 2017, meaning others gained some. We point this out because it’s an important part of understanding the ebb and flow of NFL advertising revenue.

As the NFL season continues, lower ratings are prompting even more conversations, and many are asking when, or if, it will affect the advertising rates. As for September games, we saw business as usual, but will continue to monitor how the season unfolds.