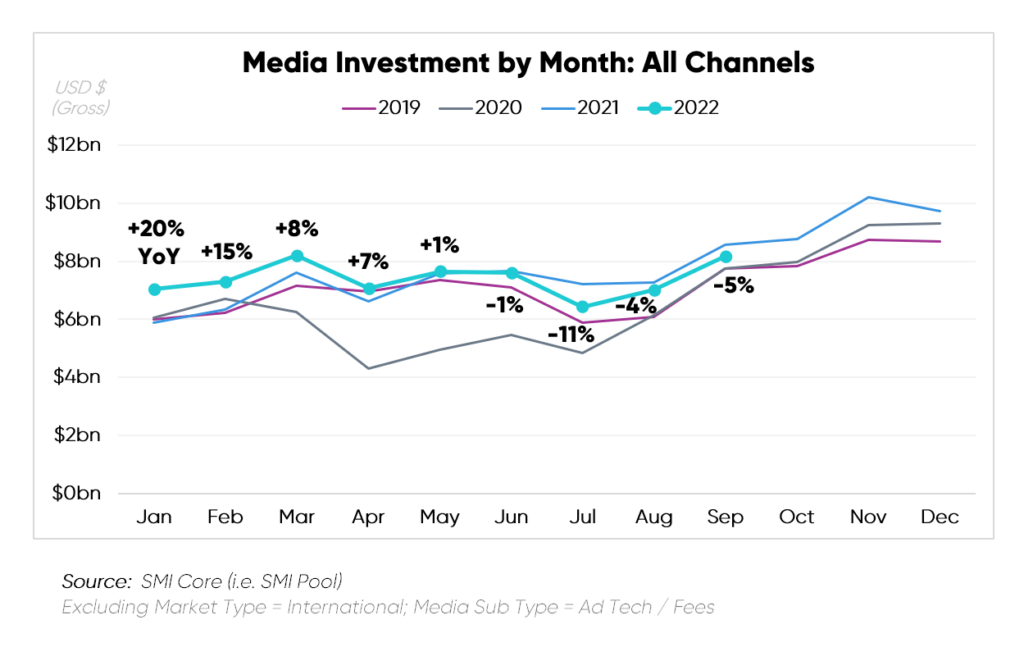 Advertising investment continued to recede for the fourth consecutive month, -5% during September 2022 vs. the previous year.

The Q4 holiday season will remain a crucial time to determine if the market can turn around from the recent decline trend.

Sports investment decreased, leaving Linear Television with the deepest cuts this quarter. The absence of the Summer Olympics in July and a portion of August impacted total spending for Q3.

Newspaper investment growth sped up during Q3 2022 vs. 2021, surpassing Out-of-Home and Digital which remained the fastest growing Media Types since Q3 2021. 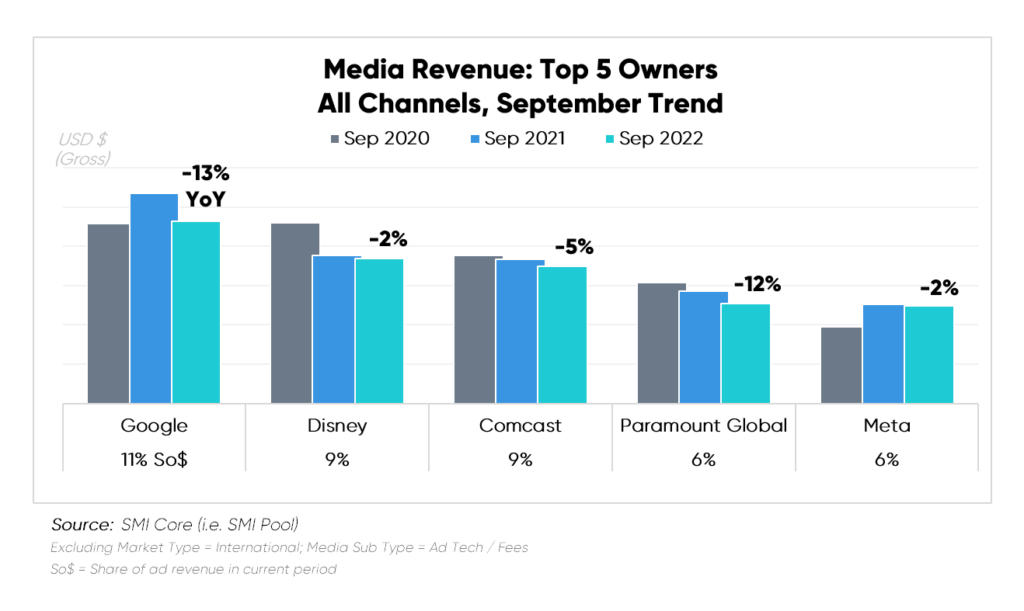 Declines in ad revenue touched each of the top five media companies, with Disney and Meta faring better than the others in the set during September 2022.

While Disney, Comcast, and Paramount encountered YoY fallout in September for the last few years, Google and Meta newly ventured into negative territory for the month. 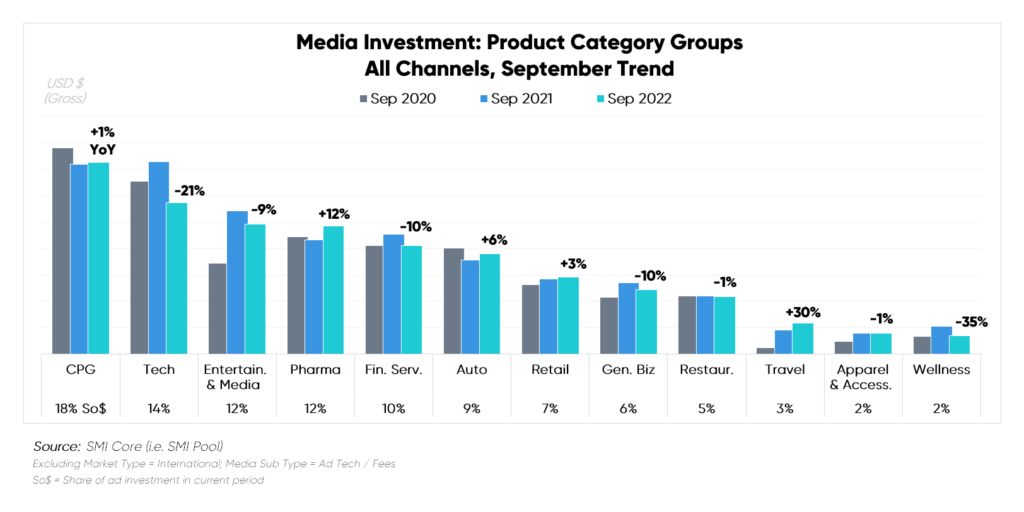 Ad spending within Pharma, Retail and Travel Category Groups rose to a new high for the month, while many other categories experienced decreases: