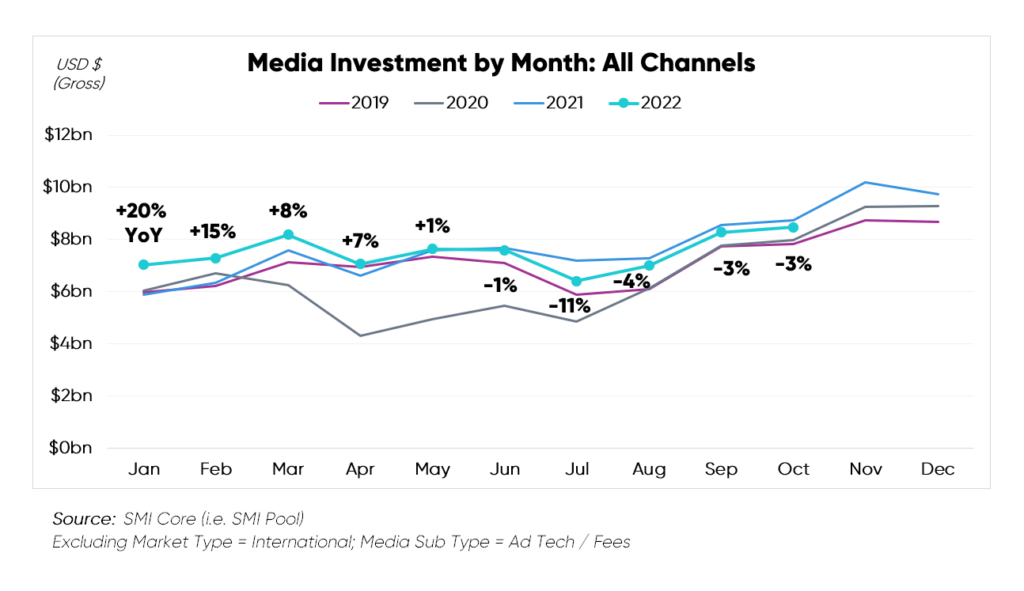 October advertising investment fell -3% YoY, declining for the fifth consecutive month. However, perched at $8.5bn, October spending outperformed all other months in 2022, as the holiday push historically attracts advertisers.

Although the market is down compared to last year, SMI sees this less as recessionary fears and more as the ad sector normalizing from an overly hot last year. In the last months of 2021 and even Jan-Feb 2022, advertisers were spending ~20% up over 2020, whereas “normal” ad market growth for decades was in the 2-5% realm. This October is still up a healthy +6% compared to 2020 and +8% over 2019.

Linear TV spending deflated at the fastest rate, while Digital expanded, gaining 5% points to represent a 57% share of ad dollars in October. 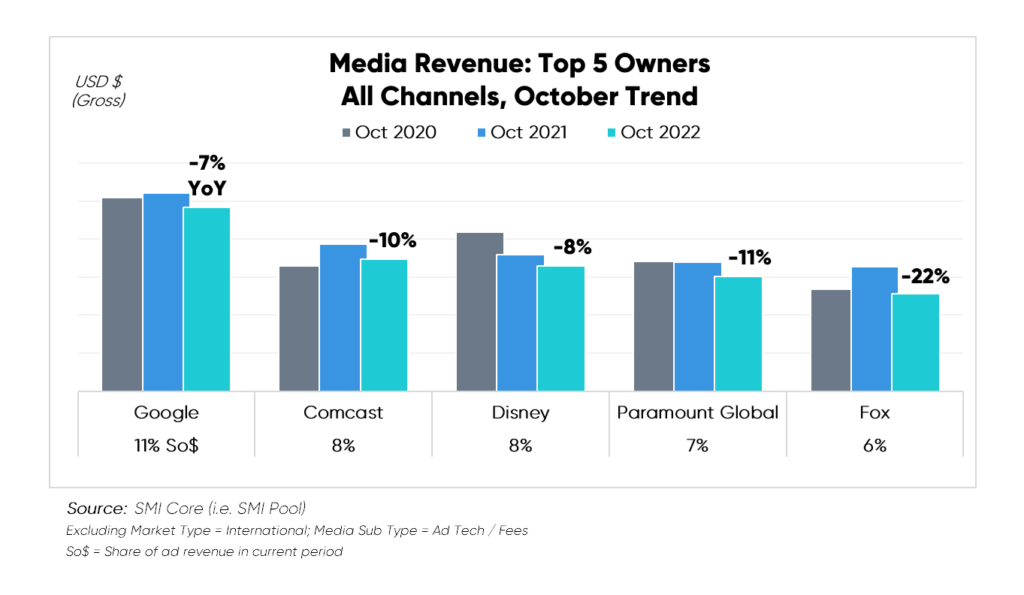 Linear TV (-15%) and Digital Search (-16%) continued to lag YoY. These declines in ad revenue carried over to each of the top five media companies.

Paramount ad dollars eroded for the second year in a row, while the other Media Owners newly entered negative territory during the month.

Google maintained the largest share of ad dollars with Digital Search representing the majority share of that revenue. Google ad revenue took a downturn for the first time on record, during October.

Fox felt the sharpest decreases with drops in Broadcast TV (-23%) and Cable TV (-10%) vs. October 2021. Fox received pull-back from eight out of twelve Product Category Groups. 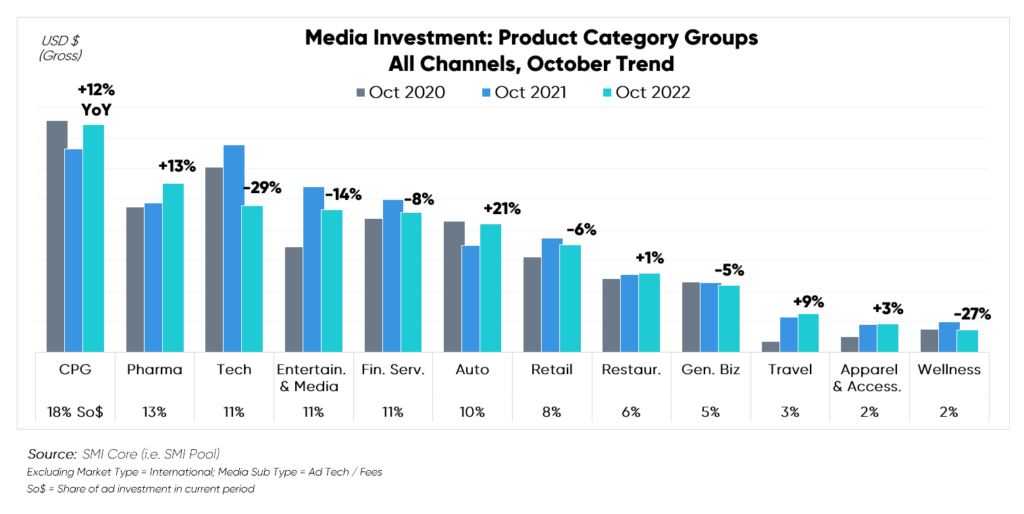 Technology took the largest hit in October, pulling back investment by nearly -$400MM. Steady declines began chipping away at overall spending in April 2022 with the heaviest fallout coming from Telecom.

Like the prior two months, Automotive continued ramping up investment with the second highest lift in ad spend, next to CPG which continued to rank first and contributed the most additional dollar volume.