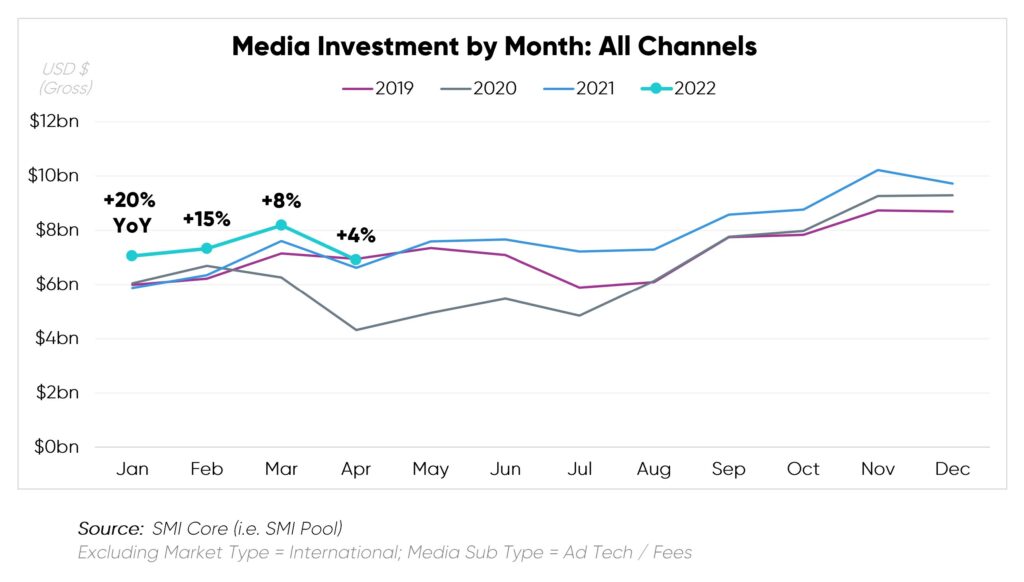 Notably, however, April had the weakest YoY monthly growth to date in 2022. While January 2022 expenditure expanded +20% across all channels YoY, the growth rate subsided to +4% in April, compared to last year. (It should be noted that +4% YoY growth for the entire market would have been in the realm of “normal,” back in pre-pandemic times.) 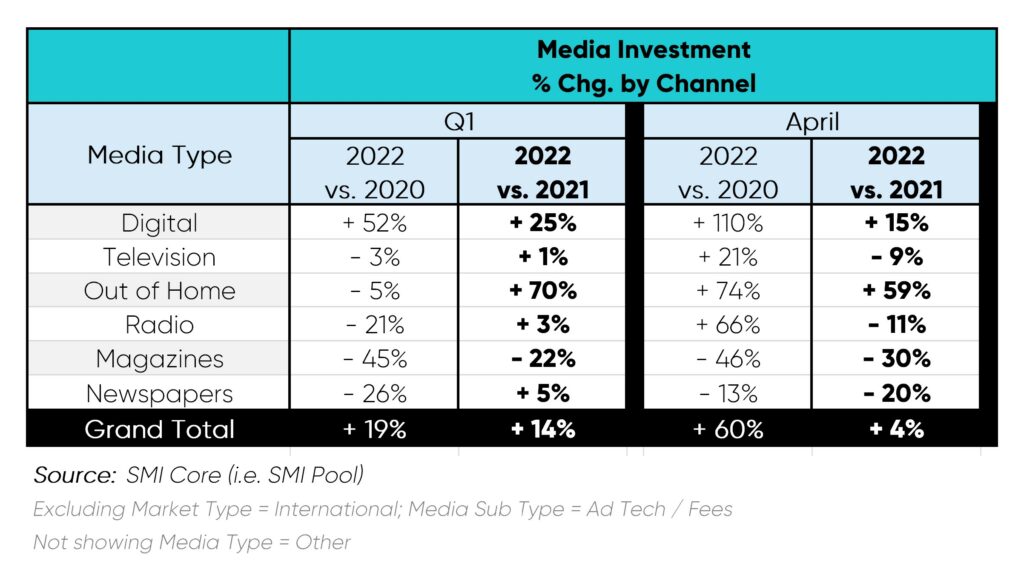 Linear TV spending receded -9% this April vs. last year. Auto and CPG advertisers had the greatest pull-back, totaling over -$150MM. 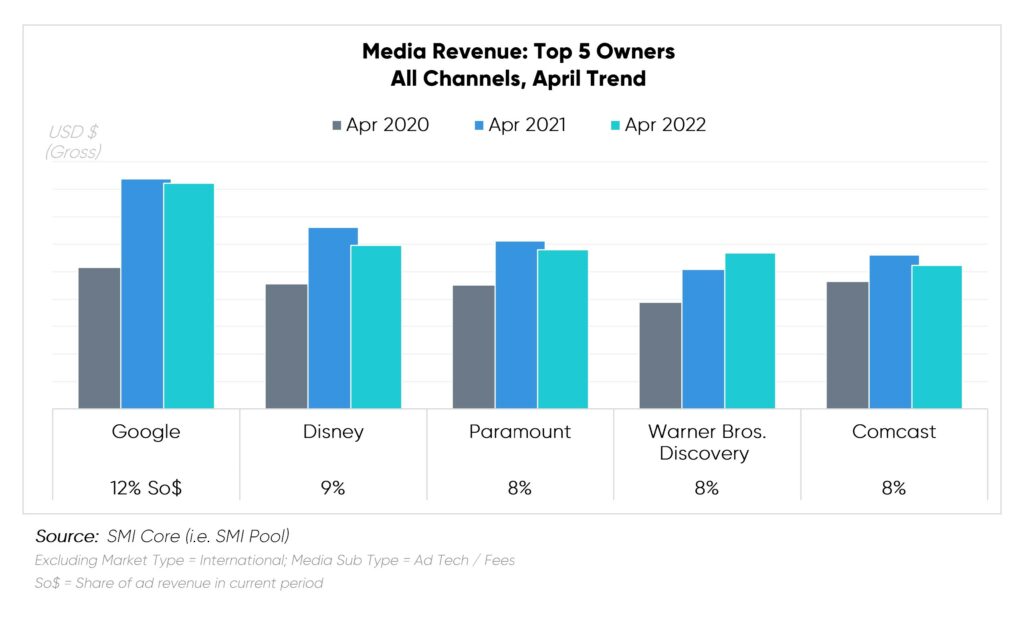 This month’s data release reflects recent mergers in the Present Master Owner field. For example, such updated naming conventions include:

Google posted a slight -2% reduction in ad revenue for the month but maintained the top spot with a 12% share of advertising dollars. Top Google investors, the Technology and Auto sectors cut back this month.

Disney held the #2 spot in April. As with most of the top five, ad revenue slightly deflated. However, Disney’s Digital revenue was at an all-time high in April. Notably, Digital went from representing 23% of Disney’s ad revenue in April 2020 to 32% in April 2022. 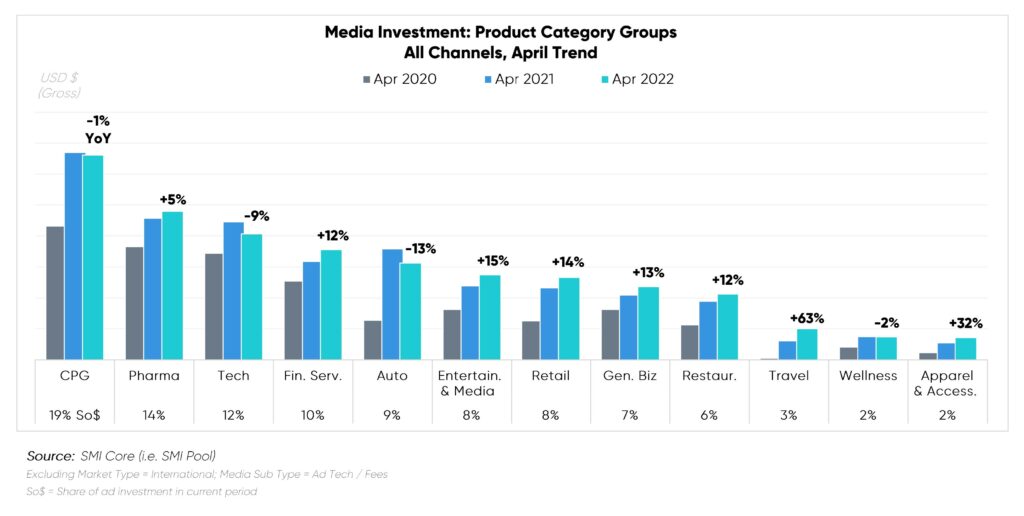