Prior entries in this four-part series on the Upfronts discussed the market dynamics of Upfront, cross-screen video advertising, as well as tactical approaches by video publishers in positioning themselves in the market. In this last entry in the series, we’ll consider the advertiser in relation to marketing objectives and whether the Video Upfront continues to have a role. 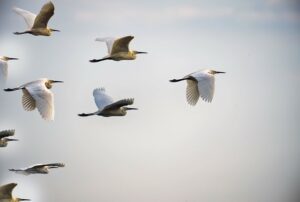 Every year brand managers feel pressure from corporate oversight as ad prices increase for linear video, a market they perceive to be in decline. TV’s scale became a drug of quick reach with little effort. Brands are coming off the high.

The disconnect of targeting versus scale drives this frustration. Scale not only offered quick reach of the target but also the added value of the halo – all the other people who would also see the ad who, in effect, were free-of-charge.

Today, marketers aim to target current customers but also maintain growth by targeting both lapsed and potential-but-not-yet customers. The latter two require both first- and third-party data with customized campaigns and objectives. All three are targeted campaigns with inflated pricing relative to the old-fashioned one-to-many TV ad units.

Coupled with the Supply Crunch (see part 2 of this series), ad prices can only go up. Advertisers have only cut budgets by a large enough size to impact year-over-year Upfront pricing on two occasions in the last twenty years to merit pricing constraints: in 2009 due to The Great Recession and in 2020 when the COVID-19 pandemic was at its most uncertain (thus far). Those were one-offs.

But here’s where Upfront comes in.

Generally, advertisers can buy from legacy-linear publishers in the Upfront or in Scatter. The latter being the on-going market where buys are made much closer to campaign flights. Scatter is priced relative to Upfront. To get a negative in Scatter (or a Scatter price below that of Upfront) requires poor economic conditions and weak outlook.

These data show two pricing metrics offered to the market by SMI: Unit Costs and eCPM. Unit Costs are shown by Broadcast Primetime in like-for-like programs across seven seasons, while eCPM are shown for the available three seasons across all programs in the daypart on an as-delivered basis and blended.

The details of the inclusions are not important (see the source info below or contact your SMI representative for more information). What is important is the fact that Scatter is consistently priced well above Upfront. This occurs both on the Unit Cost, before issues from the Supply Crunch and under-delivery are brought in, as well as after the media is delivered and the price is adjusted for the audience, with the eCPM.

Pay close attention to the relative spike in the 2020-21 season.  Upfront had slightly depressed pricing that season due to the COVID-19 pandemic which began right before Upfront negotiations kicked off. By the fall, as the Scatter market was being negotiated, the market was recovering with pricing significantly more expensive (on a relative basis).

Negative pricing in Video advertising is generally short-lived due to specific and atypical events. As well, walking away from Upfront commitments includes possibility of also missing out on make-good units delivered digitally, again those impressions add incremental reach from Cord Cutters and Cord Nevers.

Here’s the checklist to manage for the Supply Crunch-driven Video Marketplace:

Sources for this article: