Upfronts Part 3: Maximizing yield by transitioning from scale to quality

Video publishers are being pushed to find new ways to manage both shrinking linear audiences as well as grow revenue from their digital platforms. According to the SMI Pool, as reported in the second installment of this four-part series on Upfronts, digital video platforms are now nearly 25% of video publishing in first quarter 2022. This is up from 10% in first quarter 2017. 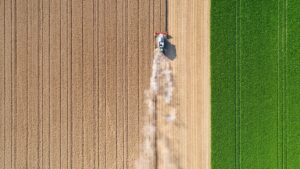 The first requirement of this transition for these publishers is to manage their linear business and its decline due to cord cutting.  This must be managed from both supply and price perspective.

For supply, it’s about moving to an ad format more acceptable across all screens from linear to digital. TV’s passive experience is good for longer ad units, including those 60 seconds or more in length. Digital platforms are much less forgiving. In turn, unit lengths of roughly 15 seconds or less are growing in use to manage cross-screen delivery. They now account for the most ad time hitting 41% of paid ad time in the current season (to-date). This share increase is fueled by a 26% increase in time for these ads over that period while time allotted for 30-second units are down 13%.

But it’s more than paid units and expected delivery. It’s also about managing risk and under-delivery.

While paid time is up 26% for these units, as just noted, unpaid time (including make-goods) is up 36%. This 10%-point differential is due to advertisers allowing publishers to make their campaigns whole by using 15-second units for under-delivery even if the original unit was 30-seconds in length or more. Unpaid units below 30-seconds in length now account for 45% of ad time.

On the surface this sounds odd. But it allows for under-delivery to 30-second or longer units to more seamlessly flow to digital platforms, which natively prefer shorter ad units. Advertisers then get the benefit of incremental reach from Cord Cutters and Cord Nevers they may otherwise struggle to find (at least through linear deals).

For price, video publishers are gaining traction in convincing advertisers to value the content. Price-parity (or better) to Primetime is occurring for most Entertainment-based digital deals. SMI has shown this is previous reporting. In all programming forms (i.e., News, Sports, etc.) pricing follows content, not time of day.

The implications need to be understood. Consider entertainment cable networks like Bravo, FX, or others.  They typically air a first-run original with repeats of that original airing multiple times throughout the next few days, mainly the same night in late night and overnight.

Digital is priced by some underlying concept of content quality. Impressions to any time period get the primetime rate. It’s the first-run CPM which translates across devices. It also means impressions at 1am on digital platforms are much more expensive than linear repeats in like-for-like content.

And that’s the transition. Advertisers are now paying for ad environment quality and not for scale. Scale is dead.

Sources for this article: