Recession Planning, Part 3: Publishers, stay ahead of the changing mix accelerated by recessions 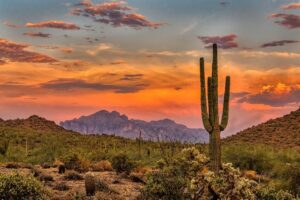 Each economic recession is different.

One general rule observed, however, as discussed in Part 2 of this series, is that the media mix is liable to change rapidly. Periods of economic hardship seem to create the confluence of conditions necessary to accelerate media change, including new technologies, and changing preferences by consumers and advertisers.

The future of media is about publishing and, more specifically, digital publishing. As discussed in Part 2, The Great Recession drove marketers to electronic media and publishing channels.

Media channels (not publishers) in Print, Directories, and Direct Mail have suffered due to ease of entry for pure play digital alternatives.

Audio has been ever evolving with the growth of Podcasting and Streaming. Here, too, there has been an ease of entry for pure play digital platforms due to rights access (e.g., Spotify, Pandora, etc.).

Video has been the great exception. As Netflix is demonstrating, ease of entry is available, but the medium leaves the entrant highly dependent on copyright holders. The opportunity remains great, and after watching the text-based content and audio spaces, video publishers are moving fast into streaming due to technology gains (e.g., 5G and related technologies; see the Upfront series for more context, also on the SMI Insights blog).

Digital Publishing offers overlapping opportunities for both publishers and marketers. In the scenario of near-term economic weakness, that intersection will be the foundation of the market efficiencies needed for both sides to advance in a market downturn.

Here are questions publishers may be asking themselves:

Staying Ahead of the Changing Media Mix

Here’s how those points play out for both Audio and Video Publishing according to the SMI Pool of advertisers.

Video publishers are gaining significant traction with non-video ads ($1.21b, +8% CAGR 2017-21). This includes legacy-linear video publishers that are adapting to the market faster. This growth is on top of that experienced for their Digital video ad products.

A key component of the Video Ad Ecosystem is OTT (it’s within Digital Publishing), including those legacy-linear publishers or their content within the Digital Publishing world. OTT was 15% of the Video Ad Ecosystem in 2021 ($8.7b, +42% CAGR 2017-21). Online Video, the other component of Digital Video Publishing, is growing nicely within the SMI Pool but at a much slower pace ($2.9b, +12% CAGR 2017-21).

Audio publishers are gaining even more traction (10% market share vs. 2%) than their video counterparts with non-primary ad products (“Non-Audio Ads”; $391m, +13% CAGR 2017-21). The driver of this is a longer-term foray into Digital advertising. Video, as noted previously, is a late entrant to Digital due to bandwidth capabilities.

Interestingly, non-audio publishers are much less likely to offer audio ad products than video (2% of Audio Market share vs. 5% for the Video Market). Pictures, moving or still, are key for user attention without a seamless content-created experience.

Baseline of Advertisers: Large versus Rest of Market

We used this graph previously to illustrate those differences, comparing the 2017 market mix for the SMI Pool to Pivotal Research’s estimate for the whole market.

Here is the same comparison of the media mix distribution in the SMI Pool compared to GroupM’s most recent estimate, this time for the year 2021, four years after the earlier charted period; Brian Weiser was the same analyst for both, now Global President for Business Intelligence for GroupM, previously leading advertising analysis at Pivotal.

It’s important to remember that many small-and-medium businesses (SMBs) are local media-driven (including more reliance still on print, radio and OOH than national counterparts), and many do not use large agencies or agencies at all.

Other Posts in This “Recession Planning” Series